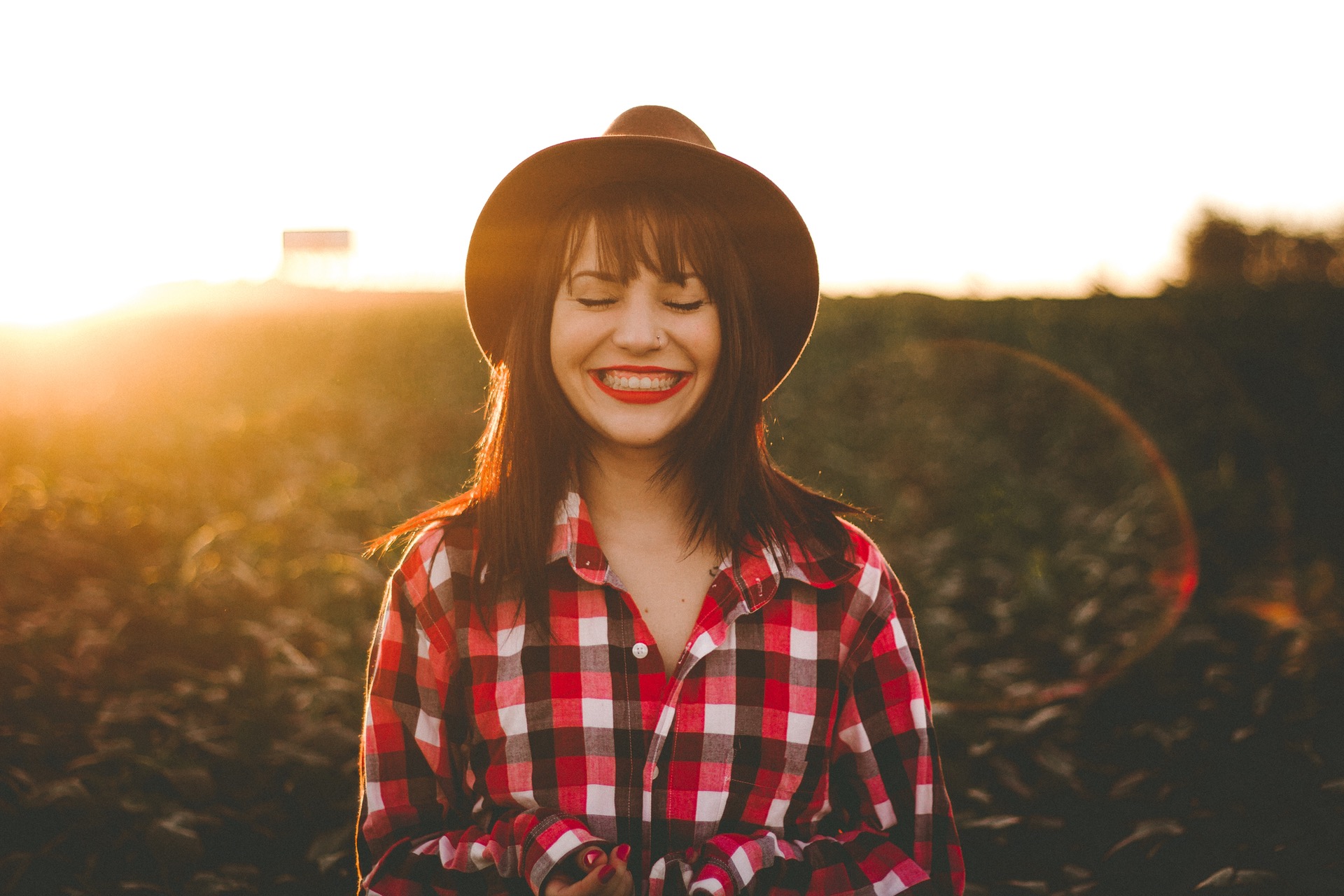 10 Dead Human Bodies That Were Sold at Auctions

Now imagine how crazy it would feel to run into a dead body that you bought. Imagine spending your hard-earned cash only to find a dead body in your new prized possession.

Here are 10 times people did exactly that.

10. The Case of Fountain, Colorado

She was a German citizen who met an American man she met while he was stationed in Germany. Sparks flew and the couple decided to move to the United States. They settled in Fountain, Colorado. Until disaster struck in 2015.

Her husband died. Shortly after, nobody saw her again.

A year later, a man named Hootan Emami bought her home, in 2016. Foreclosed on by the bank, Emami thought he was getting a bargain at an auction. Upon going inside, Hootan immediately noticed that everything was still intact. It was as if she never moved out.

That’s when he found the body.

She lay on the bed dressed and wearing high heels. This must’ve been an incredibly creepy moment.

The woman had died in the house shortly after her husband. Whether she died from grief or suicide is undetermined. She’d remained in the house for 18 long months before Emami bought the house and ultimately discovered her.

Emami is a real estate agent who buys houses all the time. Just when he thought he’d seen it all, he buys a dead body and learns about it later when he discovered the body.

The bank claimed they inspected the home, but didn’t find the eerie scene. The police did a wellness check on the woman shortly after she went missing, but they only knocked on the door and didn’t enter the home.

Little did they know, there was a dead body inside.

9. The Case of District Heights, Maryland

A similar case happened in District Heights, Maryland in 2020. The home was listed on Zillow, the popular site for buying and renting homes. The house’s tenant had a mortgage and the home was foreclosed on for non-payment.

The utilities were cut off and the house was put up for auction on Zillow. The home was purchased.

But then the new homeowner entered what they thought was going to be a dream of a purchase, only to find the previous resident had never left.

The young woman of 39 was dead inside of the home.

Neighborhood residents were interviewed and they said the woman had some developmental issues. Her grandmother had recently died and that’s when people stopped seeing her. She had a caretaker who continued to see her until one day she stopped. Neighbors concluded that the family must’ve moved or something. Little did they know, the woman was dead inside the whole time.

8. The Case of Bellingham, Washington

Another creepy incident happened, in Bellingham, Washington. In 2020, a motorhome was sold at an auction to a lucky buyer. Just when they thought they’d bought their new dream home on wheels, they checked the inside. And that’s when they found a dead body inside.

The Medical Examiner of Whatcom County said that the death was suspicious. The police subsequently conducted an investigation that seems to have gone nowhere. The story went dark after that.

The lucky buyer had no idea they’d bought a motorhome complete with a corpse inside.

7. The Case of William Wilson

William Wilson was a Florida man who thought he’d lucked out, managing to land a bargain of a deal on a home in the state he loved, back in 2014. It was everything he’d ever dreamed of. It was a small ranch with the kind of pastel pink paint you often find on houses in Cape Coral, Florida. And the best part of all? It was only $96,000, an incredible price for a house inexpensive Florida.

But when the owner stepped foot inside, he quickly realized that he had his hands full. The place was a total mess. This is how auctions of houses go. It’s “buy at your own risk.” That’s when he found the body of the house’s previous owner.

She was elderly and had been missing for three long years, since 2011. Her pet bird had been drinking out of the water in the toilet until the water was shut off. A neighbor said the police had been called to check on the woman two times, though Sergeant Dana Coston of the police department reported that there were no such reports ever made.

The woman died in the home before it was repossessed according to Florida state law for non-payment of taxes, before being sold at the auction where Wilson bought it from.

It’s one thing to stumble upon the corpse of someone who died of natural causes. You might even, like Forrest Grove, drive around with such a body for a few days. But it’s a whole different story when you stumble upon a dead body that had been harmed or murdered.

That’s exactly what happened to a man in the Bronx who bought his home at an auction in the Fordham Manor neighborhood. The home was reportedly purchased for a stunningly low $200,000 at an auction.

After buying the home, he walked in expecting to find a cozy place. Instead, he found a human corpse that had been frozen stiff. The Medical Examiner ever announced the cause of death, but there were obvious signs of trauma to the face and head. Had this person been killed? Or did they just get beat up and somehow they later froze to death on their own?

One can only imagine the new homeowner assumed the worst: he just stumbled upon a murder scene.

Pro-tip: next time you buy a new home at an auction, beware, you might have also bought a dead body without knowing it.

5. The Case of Maria Luisa

In 2007, in Roses, Spain, a home was repossessed by the bank and put up for auction to the highest bidder. A man named Jorge Giro ended up being the lucky high bidder on the home that he was ready to check out as soon as he could. Like any new homeowner, Jorge wanted to see his prize firsthand.

But upon entering the home for the first time, he found a dead body in the home. But this wasn’t just any dead body. Roses, Spain is a seaside town that lies near the ocean.

And ocean water projects a lot of sea salt into the air that can sometimes seep into the walls of buildings, and the bodies of people. It’s part of what brought down the condo in Surfside, Florida this year, near Miami.

The body was completely mummified by the salty air in the seaside Spanish town. Jorge Giro found a mummy. The body belonged to a woman named Maria Luisa. She neglected her payments and the bank repossessed it without checking it out, only to turn around and auction it off to Jorge, who ended up discovering the body later.

4. The Case of John Norris

He thought he’d struck gold when John Norris of Whidbey Island, Washington State, found a storage shed up for auction. Like many American treasure hunters, Norris wanted to see if he could capitalize on purchasing the shed for whatever goodies might be inside. It’s like a mystery box.

He outbid other “pickers” and spent $1,200 on the storage shed that was sold at auction and won. His haul was mighty. He took home guns, jewelry, tools, and antiques. He cleared a full $30,000 in profit on the shed once he sold everything inside.

But among the scraps, he found something odd. A human skull.

The skull was only partial. It was missing teeth and the jaw. And its size alluded to the fact that it was unmistakably the skull of a child. He turned it over to the police department for further investigation.

3. The Case of David Charles

Back in 2014, a man named David Charles of Indianapolis broke into the storage warehouse of an old mental asylum. From there, he stole the brains of the former patients who’d died. In a bid to make fast money, Charles put the brains up for sale on eBay, the popular auction site. He sold six jars full of human brains for $670 with shipping.

The buyer read the labels on the jars and knew something was amiss. He contacted the authorities who partnered with eBay to set up a sting.

Charles stole another 60 jars from the site and listed them on eBay. Police nabbed Charles and brought him up on charges.

2. The Case of Rebecca Landry

In 2015, a storage shed in Lafayette, Louisiana was purchased at auction that would lead to charges against a woman named Rebecca Landry. Charges for 2nd-degree murder. When the buyer opened up the shed, they found something horrifying. A dead infant was kept in a box inside of the shed.

Police pieced together what happened and Landry ended up confessing to the murder of her own infant child back in 2001.

1. The Case of Dr. Michael Berkland

The city was Pensacola, Florida, in 2012. An unnamed person bought a storage unit at an auction for an undisclosed amount of money. While they thought they were getting a steal and perhaps some goodies, as John Norris had, they ended up getting a total horror show for their money.